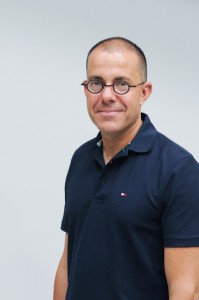 Déjà vu is commonly understood to be "a feeling that one has seen or heard something before" (Merriam-Webster, Sense 1b). It's a feeling often experienced while reading literature but not necessarily identified as such, one writer's influence over another or parody (even self-parody) being always a more likely explanation than the extrasensory or paranormal! Still, it can be an unsettling feeling, particularly when, as in our case, two of us experienced the same curious sensation more or less simultaneously, while reading different chapters of the same book, and thinking of two different books, by a different author. The authors are Charles Dickens and Henry James, the former an unapologetic literary populist, the latter if not exactly an elitist then something close to that, certainly remoter than Dickens, and more challenging.

This presentation considers two examples of Dickens's apparent influence over James that have either not been noticed by most readers or have been written off as unimportant. No prior knowledge of either author or familiarity with any of the texts in question (Dombey and Son by Dickens, Daisy Miller and The Turn of the Screw by James) is required. If you haven't read them, maybe after this you will!

Lizzie is a Masters student in English Literature at SUNY New Paltz and a proud alumna of Mount Saint Mary College. She was the 2021 recipient of the James V. and Jane R. McEnery Award for Excellence in English. She aspires to share her passion for literature and writing to future college students. Peter is an Associate Professor of English at MSMC and currently the Chair of the Division of Arts & Letters. Besides first-year courses, he routinely teaches Modern American Grammar and occasionally an English elective.

This presentation grew out of the Charles Dickens course Peter taught and Lizzie took in Spring '21, when both were struck by the familiarity of certain passages in the 1848 novel Dombey and Son and were surprised to learn that each was reminded of a different work by the later author Henry James. This made us curious about the Dickens-James connection, and the presentation represents our joint attempt to assign meaning to the apparent allusion.

"Analogies or Differences": Dickensian Déjà vu in Two Tales by Henry James will take place via Zoom at 4:00 p.m. on Thursday, October 21st.  Please click here to attend virtually.  Once you sign up, you'll receive an email with the meeting link.