iROC: “The Games Must Go On!” Can the Olympic Games Survive after Back-to-Back Viruses?

Please join us for the next lecture in our iROC seminar series on Thursday, April 8, at 4:00 p.m. when Dr. R. Scott Russell presents “The Games Must Go On!” Can the Olympic Games Survive after Back-to-Back Viruses? 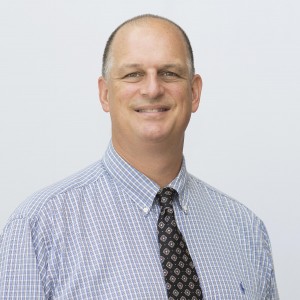 For more than 3,000 years, the Olympic Games have been bringing people together from far-away lands to compete in peaceful athletic competition. For the ancient Greeks, this meant warring city-states laying down their arms and traveling to Olympia to participate in a great festival in honor of the King of the Gods – Zeus.  Pierre de Coubertin, the mastermind behind the modern Olympic Games, imagined a similar purpose when the Olympics were re-born in Athens in 1896. Coubertin’s Olympic ideal, and one of his driving inspirations for the International Olympic Committee (IOC), was to provide the world with a way to come together in peace on a regular basis not only to compete, but also to share ideas, stories, and cultures.

After more than 100 years, that humble beginning, with of 13 countries and fewer than 300 athletes, has evolved into a worldwide festival of sport including more than 200 countries and over 11,000 athletes (6,000 men; 5,000 women). However, for two consecutive Olympiads, bringing the world’s finest athletes together in one place has also meant the possibility of bringing (and sharing) a devastating virus. In 2016, the Zika Virus caused many of the world’s elite athletes to consider the personal health risks of traveling to Rio de Janeiro.  Postponement of the 2020 Olympic Games in Tokyo followed, because of the worldwide Coronavirus pandemic. The Olympic Games have survived two World Wars, boycotts, the Cold War, and a terrorist attack. Can the Games survive this latest threat? People from every corner of the planet are hoping that answer is “Yes”.

Dr. R. Scott Russell holds a BS degree in computer science from the University of Michigan.  He earned a Master’s in kinesiology and PhD in athletic administration from Purdue University.  His primary area of research is gender and sport, with women’s participation in the Olympic Games a key facet of that research.  Women were not allowed to enter the first Modern Games in Athens, and even as countries slowly began sending female athletes to compete, Coubertin fought their inclusion for almost 30 years. The USA now sends more female athletes to the Olympics than men, and US women collected more medals than men did at the 2016 Games in Rio. The study of the Olympic Games has always included a diverse range of topics including politics, nationalism, discrimination, religion, finance, technology, pharmacology, and much more. We can now add infectious disease to that list, as well.

In 2019, Dr. Russell traveled to Athens and Olympia with 20 MSMC students for a study abroad trip focused on investigating the history of the Ancient and Modern Olympic Games.This experience led to the creation of a course on the Olympics that was first offered at the Mount last fall. The class has proven to be immensely popular and will allow us to share the evolving history of the Olympic Games with students for many Olympiads to come.

This event is approved for FYE Academic Success.