‘Agency Soup’ at the Mount raises awareness of local resources 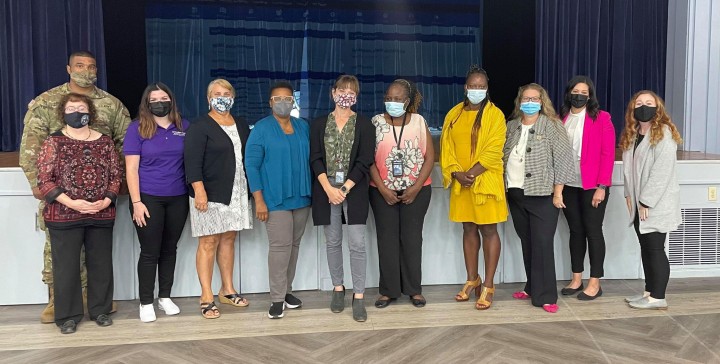 The community heard from many area agencies and organizations in the City of Newburgh through Agency Soup, held both in-person and virtually at Mount Saint Mary College earlier this month.

The event was co-sponsored by the Mount Saint Mary College Center for Community Engagement and Team Newburgh.

Agency Soup is an annual networking event that details the services that local organizations offer. Educating the public about their services helps increase clientele and allows these organizations to make appropriate referrals for a wide variety of community services, including healthcare, domestic violence, addiction treatment, mental health, youth services, and more.

Robin Rosenberg, a counselor with the college's Career Center, spearheaded the event. She is a member of the college's Center for Community Engagement and the Mount representative on the Team Newburgh coalition. Agency Soup is a good example of the Mount's tradition of service and focus on becoming the most community-minded college in the country, she noted.

In addition to Mount Saint Mary College and Team Newburgh, the agencies that discussed their work were: