Lights twinkle, store shelves are stocked, and more than 50 years after the original airing of A Charlie Brown Christmas, Linus is still ready to tell us about the reason for the season.

The holiday season is in full swing, and Members of the Mount Saint Mary College community bring many cultural traditions to the holiday table, inspired by customs from around the world. 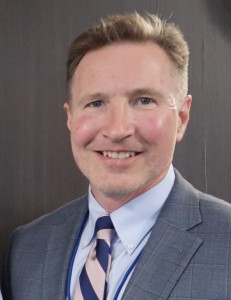 Charles Zola (right) is the assistant to the President for Mission Integration, director of the Catholic and Dominican Institute, and an associate professor of Philosophy at the Mount. Zola, of Polish and Slovak heritage, said that the heart of the Christmas celebration in Poland is the Christmas Eve meal, called "Wigilia," derived from the Latin word "vigil."

The meal doesn't begin until after the appearance of the first star on Christmas Eve, and the youngest member of the family is usually charged with looking for it. The table is spread with a white table cloth, under which is placed small pieces of straw, representing the manger.

The typical Christmas dinner in Poland consists of red borscht or mushroom soup, various types of fish such as haddock, pike, and herring, pierogis with various fillings, sauerkraut and peas, and boiled potatoes sautéed in dill butter. Dessert is an array of pastries like poppy-seed rolls, nut rolls, fruit compote, and cookies.

After the meal, most families will attend midnight Mass, called the Mass of the Shepherds. 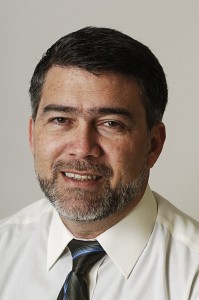 For Catholics in Venezuela, Christmas is a time of family and faith, says Mount Professor of Hispanic Studies Victor Azuaje (left), who moved to the United States in 1998.

The main Christmas meal, served at midnight on December 24, is "the most important thing," he explained.

The meal centers around hallacas, a calzone-like "pocket" of cornmeal filled with chicken, pork or other meats, onions, bell peppers, green olives, and seasonings. Hallacas are large, so one or two could make up an entire dinner, said Azuaje.

Families exchange presents after the late meal, explained Azuaje. But instead of writing a letter to Santa Claus, children in Venezuela ask Baby Jesus for their gifts. The Nativity holds a prominent place in the home during the holiday season, but it isn't until midnight on Christmas Eve that Baby Jesus is placed in the manger.

For about a week before December 24, early morning Masses are held. At Christmas Mass, attendees wear new clothes: "It's a very special night. You're going to wear something new," Azuaje explained. 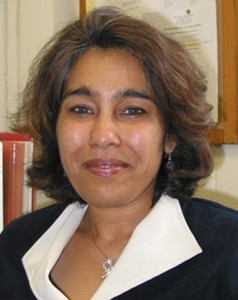 Suparna Bhalla, a Mount associate professor of Biology who originally hailed from India, said the Hindu tradition of Diwali (the Festival of Lights) is in some ways a combination of Christmas and New Year's Eve. Falling between mid-October and mid-November each year, the Festival of Lights lives up to its name -- fireworks fill the sky and Hindu homes are decorated with lights.

Gifts are given between families, including dried apricots, almonds, cashews, figs, and walnuts.

"It is the celebration of the triumph of good over evil," she explained. "In Indian mythology, it is welcoming the gods back to their hometown."

The Mount has cherished holiday traditions of its own. For example, students, faculty, and staff look forward to the annual Christmas tree lighting ceremony which includes a blessing by Campus Ministry chaplain Fr. Gregoire Fluet. The Mount also helps families in need with the Giving Tree. Tags hang like ornaments from the tree, and written on the back of each tag is a gift request from an underserved child. The Mount community donates the requested items, adding a little extra holiday cheer for local Newburgh children. This year, Fr. Fluet hopes to donate 1,000 gifts -- a lofty goal, but one the Mount community has achieved in the past.