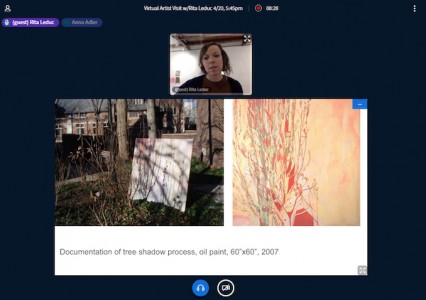 Before the college transitioned to temporary online learning to combat the COVID-19 pandemic, Leduc was one of two artists featured in the Mount’s CMA Gallery exhibition, “Interconnected.”

By acknowledging the interdependence of natural environments, Leduc’s work reveals a careful study of place. Textural elements, along with shape and color, draw viewers in. Born in New Egypt, N.J., Leduc is an interdisciplinary artist whose work includes photography, painting, drawing, collage, and installation. She earned an MFA in Visual Art from the Mason Gross School of the Arts, Rutgers University, and is the creator and co-founder of GROUNDWORK, an interdisciplinary creative retreat. Leduc teaches at William Paterson, Ramapo College, and Rutgers University.

Leduc discussed how her art has evolved over the years. One of her major breakthroughs drew influence from a favorite childhood pastime: camping.

“I started taking my paintings outside, which was revolutionary for me,” she explained. “It felt really, really right. There was something about going outside and finding a spot, and kind of camping out there.”

One thing about nature that attracted her was how light creates interesting shadows when shining through branches. But it's fleeting as the sun changes positions throughout the day.

“What happens with shadows is that they move,” she said. “It was sort of this chase, and it’s a chase I’ve always been interested in.” 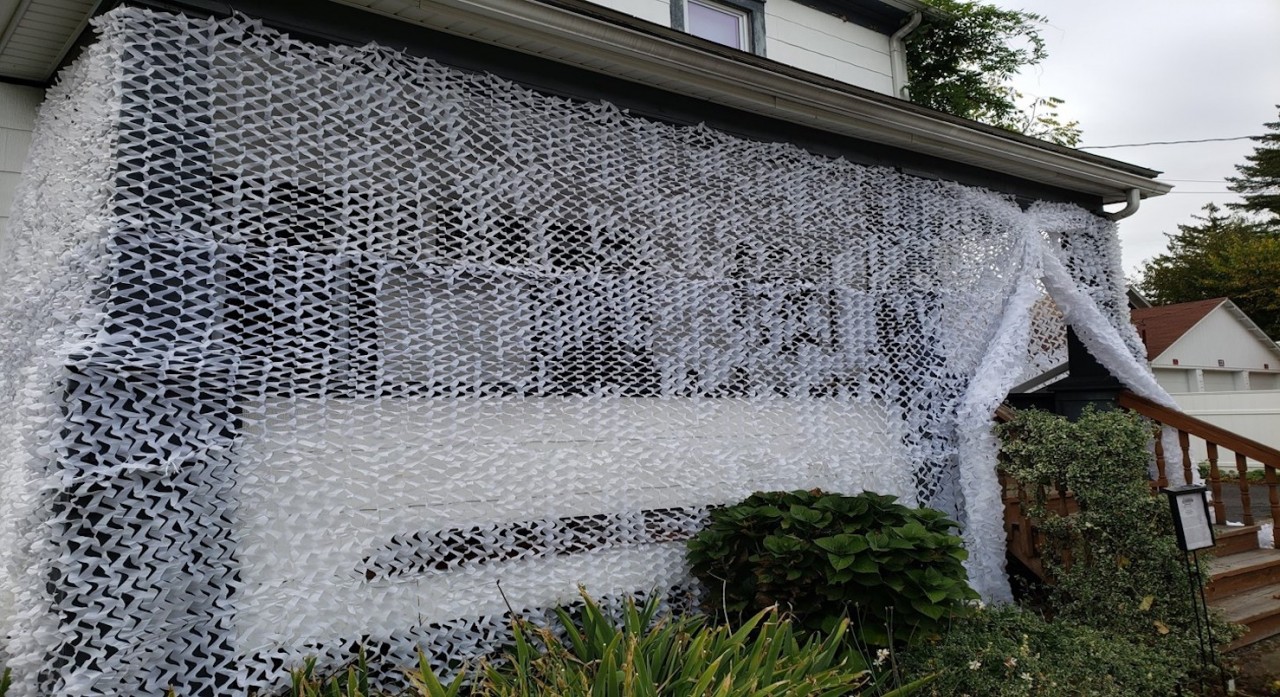 Byron is a conceptual artist based in the City of Newburgh, working primarily in video and sculpture. Byron’s work is a conceptual exploration of the intersection between nature and society and how these fundamental aspects of reality shape the human experience.

He discussed various influences and projects, including his work Vanishing Points: Architectural Interventions. Vanishing Points used materials like PVC, mylar, and camouflage netting over the front of an area home. It created a sort of net, obscuring many of the doors and windows.

“This project was inspired by the social implications of visibility and invisibility,” he explained. “Visually speaking, the vanishing point is a point in which a distant object disappears from view, as it moves beyond the plane of the horizon. The title is a metaphor for the growing divide between social classes in America. Every day, working-class people are being pushed further away from safety, security, and vital resources…This work is about perceiving and questioning that distance and how it shapes the image of our communities.”

Adler’s course is part of the Mount’s Communication, Art, and Digital Media program, which encompasses the study of journalism, video production, advertising, public relations, art, design, and film studies at the college. Housed in the Mount’s Division of Arts and Letters, the program prepares students for both traditional and emerging professions.