Held at the Powelton Club in Newburgh, N.Y., the event honored the Smith Family of William A. Smith & Son, Inc. Insurance Agency. More than 175 friends of the college came to support the Mount.

All donations and net proceeds will support the newly established Golf and Tennis Tournament Endowed Scholarship Fund. This scholarship will be awarded to academically strong students with financial need, with preference given to students pursuing sports management, sports medicine, or similar fields.

Of the Mount’s undergraduate students, 36 percent are first-generation college students; 35 percent are students from underrepresented communities; and 94 percent receive some form of financial aid. Scholarships help create a more equitable path for students from all backgrounds to succeed at the Mount.

William A. Smith & Son, Inc. Insurance Agency has been proudly serving the Hudson Valley region for the last 90 years – that’s three generations of the Smith family. Since William A. Smith started the firm in 1928, supporting their community has always been a top priority. Now the agency has four different offices located in both Dutchess and Orange counties, allowing them to keep close and deep roots in the communities that they serve. 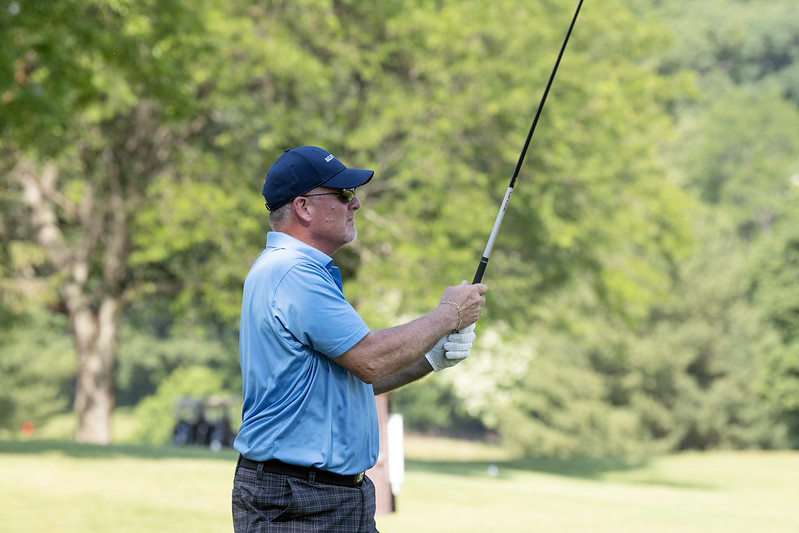 Tournament Honorees: The Smith Family
The William A. Smith & Son, Inc. Insurance Agency has been proudly serving the Hudson Valley region for the last 90 years – three generations of the Smith family. Since William A. Smith started the firm in 1928, supporting their community has always been a top priority. Now the agency has four different offices located in both Dutchess and Orange counties, allowing them to keep close and deep roots in the communities that they serve.

William’s son, John H Smith, Sr., joined the firm in 1957 after two years of military service. He is a graduate of the University of Pennsylvania Wharton School with a bachelor’s in Economics, majoring in Insurance. John served as the Treasurer of the Anne F. Bourne Memorial Fund, a member of the New York Military Academy Board of Trustees, Chairman of the Board for St. Luke’s Cornwall Hospital Foundation, member of the Board of Trustees for the Hudson Vista Corp., President of the Orange Area United Fund, President of the Board of Trustees for the Union Presbyterian Church, and a member of many other area boards over the years. He passed away in 2021.

John was happily married to Ruth C. Smith, a 1989 graduate of Mount Saint Mary College. Ruth is a member of the Newburgh Rotary and volunteers for other local non-profits, including her alma mater. She graduated from Wallkill Senior High School and the Krissler Business Institute, and she worked in the accounting department of the DuPont Corporation in Newburgh. A lifelong learner, Ruth pursued her interest in psychology and education at the Mount under the mentorship of Sr. Jean Rosaire Bedotto, OP and Sr. Janice Dionne, OP. In 2016, John and Ruth were honored with the prestigious Mount Saint Mary College Community Service Award.

John H. Smith, Jr. (Jack) started his insurance life at young age: he often accompanied his father, John Sr., to the office. In 2003, Jack joined the firm, continuing the tradition for a third generation. Jack has coached many youth sports, including CYO basketball, youth soccer, and Little League in Poughkeepsie as a coach and league president. He also served as an assistant coach for both modified football and varsity basketball at Cornwall Central High School. Jack is a 2008 Leadership Orange graduate. He is on the Montefiore St. Luke’s Cornwall Hospital Foundation Board of Directors and has served on the Board of the YMCA of Dutchess and Eastern Orange County, including as a past chairman. He also served as the past chair of the BigINY, an industry trade association. He and his wife have two children and reside in Dutchess County.

In 1985, Cathy Smith McCarty joined the firm. Cathy is a graduate of Cornwall High and Colgate University. She received a master’s degree in Insurance from the University of Hartford. As Executive Vice-President of the firm, she holds the CIC and CPCU professional designations. Cathy is the secretary for the Newburgh Rotary Club, as well as a past president. She has served as Chairman of the Board for the Johnes-Holden Home, and on the Education Foundation of Orange County Community College Board. Cathy was a graduate of the Leadership Orange Class of 2000. She and her husband Timothy have two children and two grandchildren.

In 2005, Debra L. Johnson joined the firm after running a hospital laboratory in Texas for 25 years. Debra is a graduate of Cornwall High and Springfield College and is an Executive Vice-President of the firm, as well as Managing Director of Orange Benefits Partners. Debra is a member of the Board for Cornerstone Family Healthcare and past president of the Newburgh Rotary Club. She was actively involved in the NFA Interact Club. Debra and her husband Raymond Johnson have two children, Victoria and Steven.