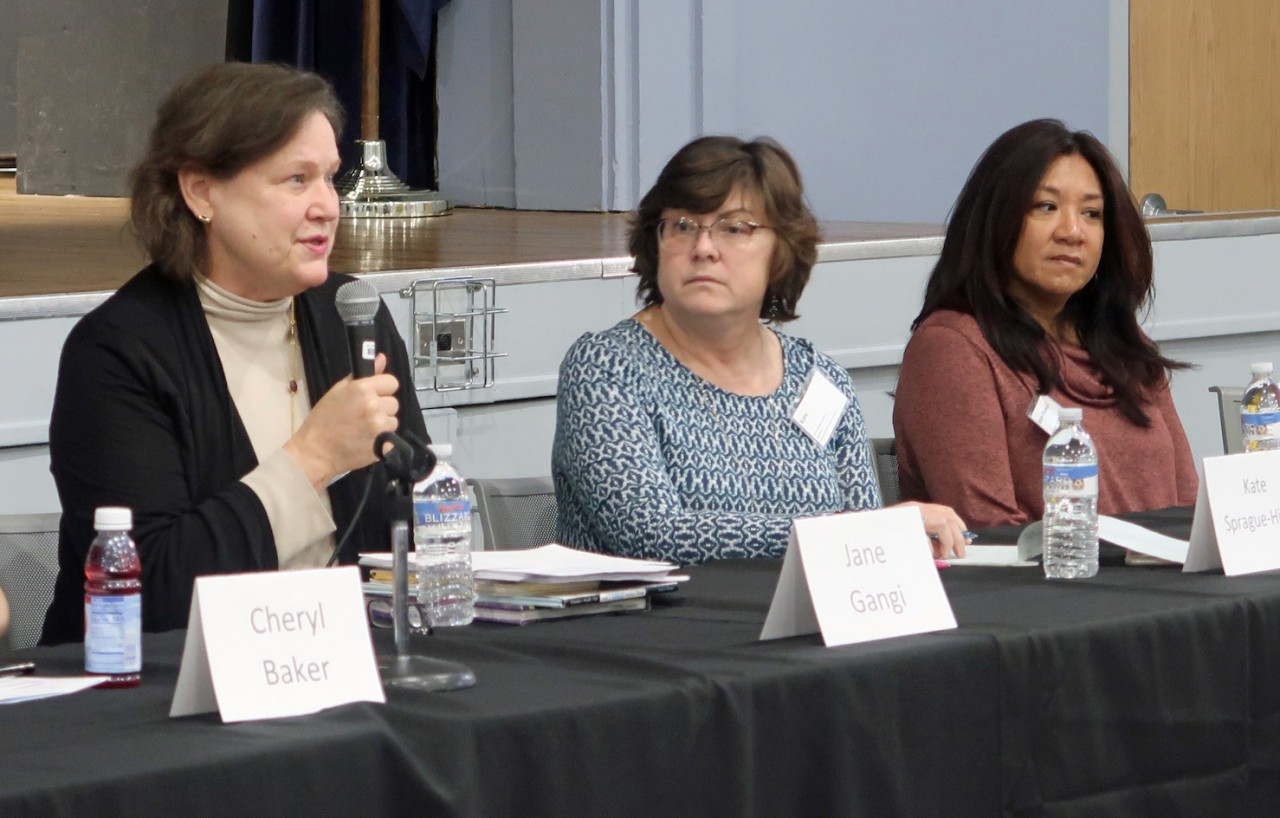 This symposium, for librarians and educators, consisted of small group workshops detailing banned, challenged, or controversial books that may come up in one’s local library or classroom.

Bruel’s keynote speech discussed his Bad Kitty  series of picture books, which feature the adventures of a mischievous housecat. While seemingly an unlikely candidate for criticism, some of the books have indeed offended readers over the years, he revealed.

Perhaps the most prominent example, he said, was in Bad Kitty for President. In this book, Bruel twice used a grawlix – that is, a serious of symbols such as %#@$ that are often used as stand-ins for curse words.

Bruel sees a grawlix as a sort of wildcard. “This could mean holy cow, holy smokes, or holy salami,” Bruel explained. “Of course, it could also mean holy blank – insert bad word of your choice here. But by using a grawlix, I allow the reader to choose what that word could be.” He added, “They are, in the long run, just words.”

What’s worse than “bad language” – real or imagined – is hurtful language, he said. But as an author, “I recognize that words can be powerful, so I use them wisely... The one thing I try hardest to do is to never use words that will hurt the feelings of my readers,” he explained.

The event also featured a reading from a children’s book – A Day in the Life of Marlon Bundo – that was challenged due to its LGBTQ content. The book was read by Victoria Precise, an advocate, organizer, and LGBTQ event producer in New York State.