November 8 is also the anniversary of the signing of the Higher Education Act of 1965, which created pivotal legislation that ushered in programs necessary for postsecondary access, retention, and completion for low-income, potential first-generation college graduates.

Brianne Thompson, Academic Coach/Advisor in the Mount's Office of Student Success, said being a first-generation college student is a huge accomplishment. 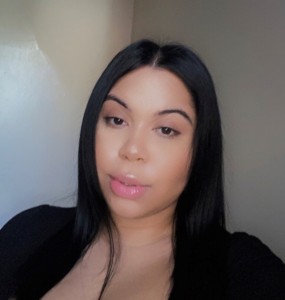 Milagros Huerta (right) of Newburgh, N.Y., a junior Nursing student at the Mount, was one of the first-generation students highlighted in the celebration.

"I am a first-generation college student, mother of two, and child of Mexican/Puerto Rican parents," she explained. "My father has always had high academic hopes for me."

She added, "Despite my financial, social, and educational challenges, I continue to move forward and refuse to let these barriers hinder me from achieving my goal."