The Mount is shifting to virtual/online classes from Wednesday, February 10 to Monday, March 1. Residence halls will remain open. Resident students are advised to remain on campus. Check msmc.edu/Spring2021 for important information. 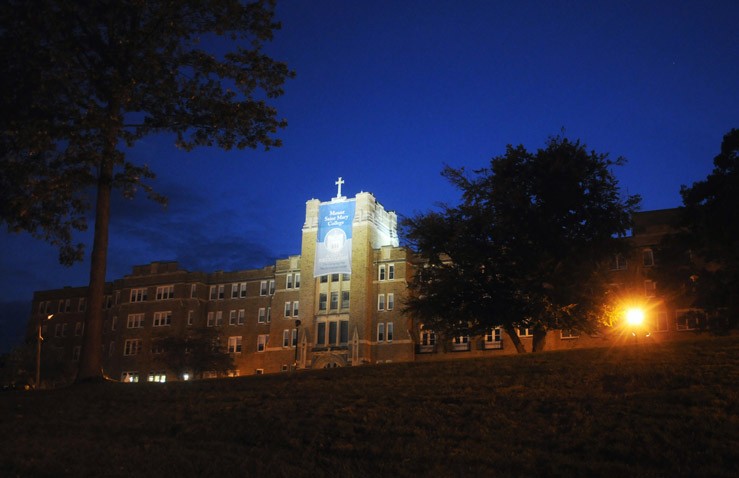 “A Call to Excellence: The Campaign for the Dominican Center” began its public phase on Saturday night, with a goal of $10 million toward extensive transformation of the five story building and property at Mount Saint Mary College.

Mount Saint Mary College, an institution with roots in the City of Newburgh since 1883, announced a new, ambitious capital campaign and revealed that it’s almost two-thirds of the way toward its goal.

The college kicked off the public phase of “A Call to Excellence: The Campaign for the Dominican Center” on September 29. More than 500 members of the Mount’s community of trustees, alumni, faculty, staff, students, and other invitees attended the event.

The goal is to raise $10 million to aid in the transformation of the 100,000-square-foot building, which will boast a 21st century library/learning commons with state-of-the-art technologies and resources, modernized residential spaces for students, and a dining facility with enhanced menu options. Plans also call for additional parking.

“It is time for Mount Saint Mary College to take another step forward,” said Fr. Mackin. “Our work is a strategic investment in the future of this community, region and country…I am truly grateful for your generosity and participation in ‘A Call to Excellence,’ the campaign to transform the Dominican Center into a cathedral of learning.”

“For those of us who have a lifelong commitment to the mission of Mount Saint Mary College,” explained Sr. Sakac, “the Dominican Center is more than a building and it is more than a piece of property. It is a symbol of the community that created and sustains the mission – the educational mission – of the Mount.”

As a businessman, Smith added, “I’ve often been told that a job well begun is half done. Our good friends have taken us well beyond the halfway mark. I know that we have even more good friends in this amazing community who will take us well beyond our $10 million goal.”

“Let’s make this happen,” he said with confidence. 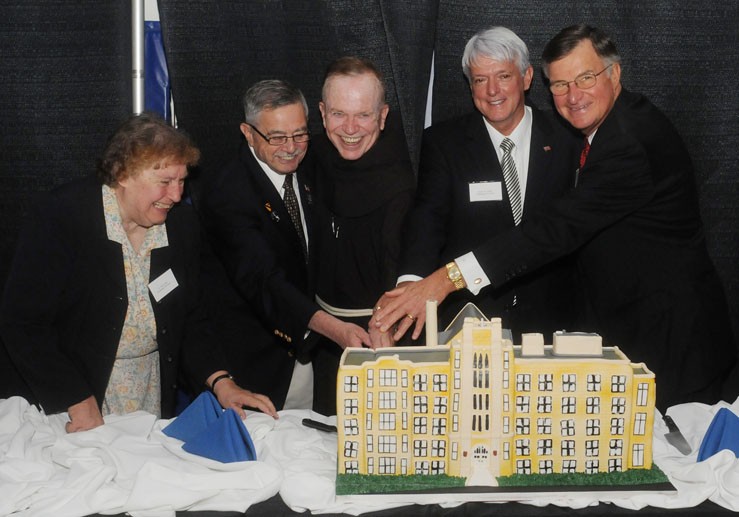 In its quiet phase for 14 months, the campaign raised more than $6.4 million, including a $2.5 million donation from William Kaplan and his Kaplan Family Foundations. Further leadership gifts came from the Dyson Foundation, the Dominican Sisters of Hope, the Mount Saint Mary College Board of Trustees, alumni, and other close friends of the Mount.

The Dominican Center, including the five story building and 13.1 acres of land, was purchased from the Dominican Sisters on July 13, 2011. Since then, the college has obtained a building permit for the extensive transformation. Highland Associates provided architecture and engineering design. Kirchhoff-Consigli Construction Management will manage the project.

The building was first constructed in 1927. The Chapel of the Holy Rosary, which was featured on the local historical society’s Candlelight Tour, was added and dedicated in 1928. The chapel will be preserved and will serve as the college’s main house of worship and gathering place for special celebrations.