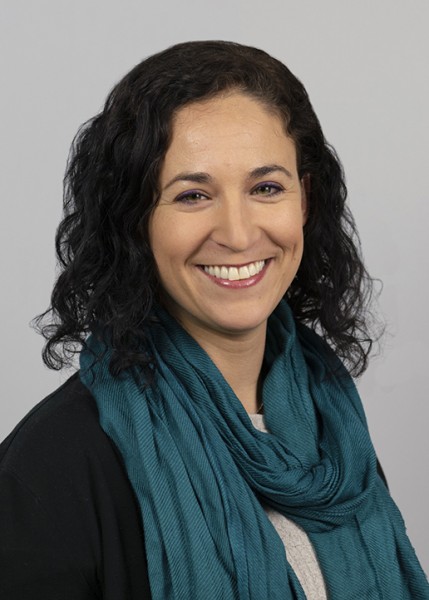 An initiative of the U.S. Department of State, the Fulbright Specialist Program is a unique opportunity for U.S. academics and established professionals to engage in two- to six-week, project-based exchanges at host institutions across the globe. Selection is competitive and the program aims to provide a short-term, on-demand resource to international host institutions, giving them greater flexibility in how they participate with Fulbright. It’s a three-year program.

In response to the current COVID-19 pandemic, U.S. Department of State temporarily postponed all Fulbright Specialist projects that have not yet commenced. Kalkstein will officially be added to the roster when it is safe to resume projects.

“I am hoping once this pandemic ends, I can work to build some other international collaborations besides what I have built in Israel and be able to both travel and learn from researchers in other countries, as well as contribute my expertise however I can,” Kalkstein explained.

About three years ago, Kalkstein received a Fulbright Senior Scholar grant from the U.S. State Department. The grant allowed Kalkstein to move nearly 6,000 miles away to Rehovot, Israel for about a year to engage in scholarly research projects.

The grant sponsored her ongoing research into women’s medical decision-making regarding childbirth, including delivery methods and breastfeeding options. It’s a topic she’s been exploring for years, often alongside her Mount students through the Mount’s Summer Undergraduate Research Experience.

Kalkstein worked with Tayla Miron-Shatz, director of the Center for Medical Decision Making at Ono Academic College in Israel. Some of their research, titled “Preparedness and Support, Not Personality, Predict Satisfaction in Unplanned Caesarean Births,” appeared in the Journal of Obstetrics and Gynaecology in July 2019.

Kalksten earned an undergraduate degree in Biopsychology from University of Virginia, spent a year as an NIH Fellow doing genetic research on diabetes, and then completed a Ph.D. in Educational Psychology at University of Minnesota. She taught at St. Olaf College, University of Minnesota, and North Hennepin Community College before joining the Mount in 2010. Her research has included topics ranging from academic integrity, motivation, and improving classroom instruction to risk perception and medical decision making.