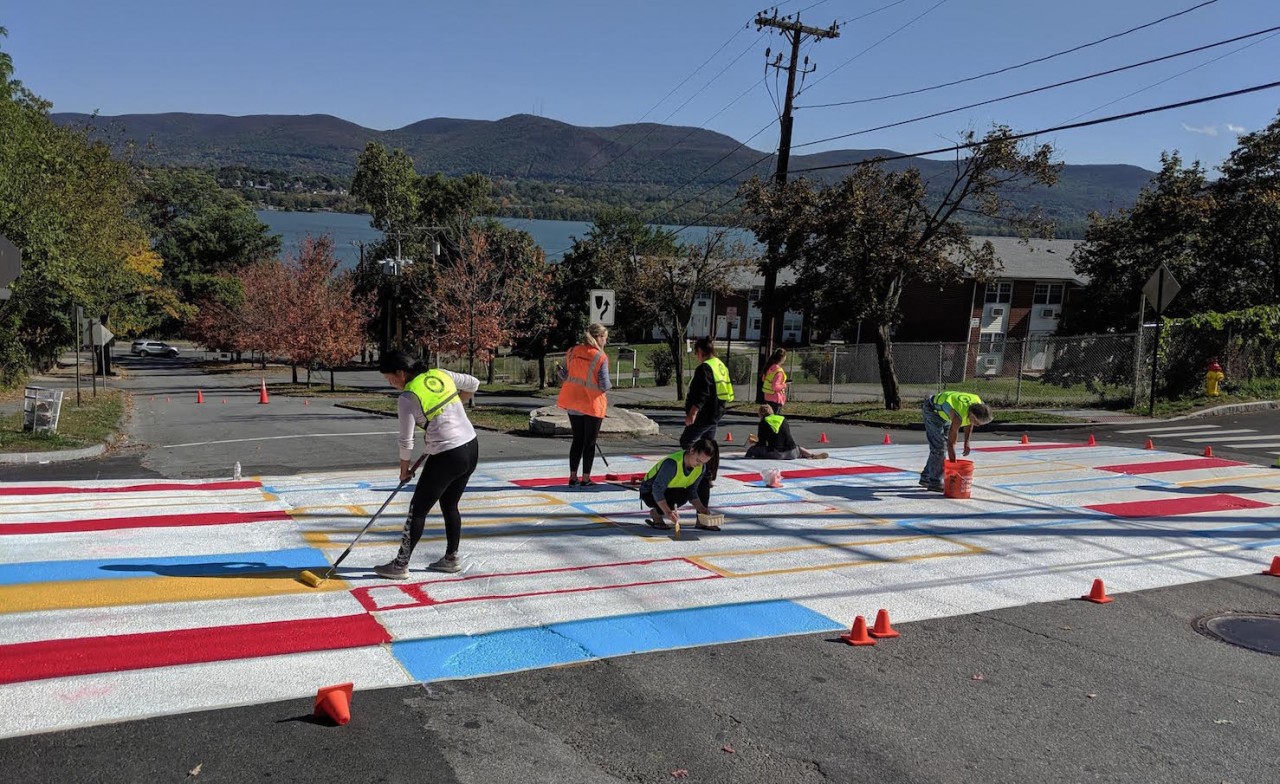 Mount Saint Mary College students, under the direction of Victoria Caruana, associate professor of Education, joined in a beautification effort at Horizons on the Hudson Magnet School.

Victoria Caruana, associate professor of Education at Mount Saint Mary College, and a group of her students helped to beautify Horizons on the Hudson Magnet School last month.

The beautification effort aimed to produce a street mural in the intersection of South and Montgomery Street, right outside the school. The mural sought to replicate the designs on some of the school’s tilework, which have been part of the building for more than 70 years.

The effort was spearheaded by Horizons on the Hudson’s Parent Teacher Association, which decided to partner with the Department of Small Interventions, an organization that has been involved in numerous public art projects throughout Newburgh.

Students from the Student Council for Exceptional Children, a Mount Saint Mary College service organization, worked alongside parents, teachers, students, and community members from Horizons on the Hudson and the Small Interventions department to complete the project.

Caruana and her students got a great sense of accomplishment from participating in the project. According to Caruana, the experience “was really wonderful.”

Mount Saint Mary College and Horizons on the Hudson Magnet School have had a strong relationship even before the project began: Mount Education students have provided services such as tutoring to the magnet school for years.

“This was just one more way we could support them,” said Caruana.

The Mount Saint Mary College Division of Education offers top notch preparation in both Childhood and Adolescent Education. Mount Education students benefit from robust fieldwork opportunities, an impressive body of resources, and a strong Liberal Arts core to give students an interdisciplinary advantage.