Through conferences, presentations, and articles in scholarly journals, Mount Saint Mary College professors from all disciplines are committed to sharing their research with students, educators, and the public.

Here are some recent examples. 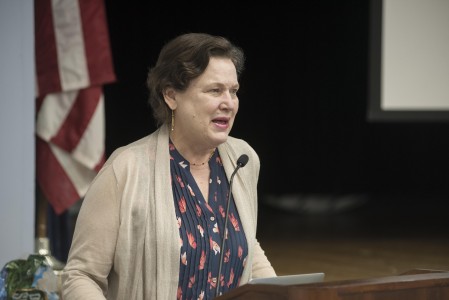 The keynote speech was by Jane M. Gangi, a former full-time Education professor and current adjunctat the Mount; and Laconia Therrio, a professional storyteller, a chaplain, and a faculty member of the Family Medicine Residency Program of Stamford Hospital. Gangi has published several books on children's literature, including Encountering Children's Literature: An Arts Approach; Deepening Literacy Learning: Art and Literature Engagements in K-8 Classrooms with Mary Ann Reilly and Rob Cohen; and Genocide in Contemporary Children's and Young Adult Literature: Cambodia to Darfur.

Established in 2012, CELL provides tutoring and out-of-school literacy activities for children pre-school to grade 12 with a focus on reading, conversation, and activities. It explores multicultural books, offers family literacy programs, and more. Each semester dozens of Mount teacher candidates, graduate and undergraduate, help instill a love of reading in local youth as part of their community fieldwork requirement. 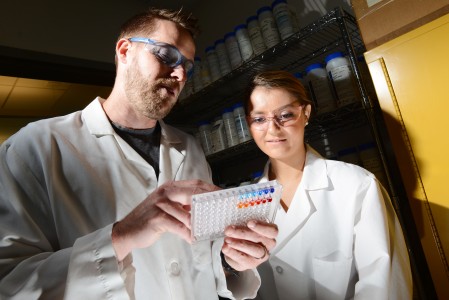 Humans have been manipulating the genomes of plants and animals for thousands of years through selective breeding. But what if we could change the genetic composition of an organism much more quickly?

We can: CRISPR is the process of editing genes in living cells, Merkhofer noted.

"It all began with yogurt," Merkhofer explained. "Production of yogurt requires Streptococcus thermophilus," a type of bacteria. "Researchers wanted a way to protect their bacteria."

In 1987, researchers discovered what they described as "exotic junk DNA" with an unknown function in the bacteria. This would become known as Clustered Regularly Interspaced Short Palindromic Repeat, or CRISPR for short. Now scientists can change DNA sequences.

The technique has a wide array of applications, including agriculture, treating and diagnosing disease, removing invasive species, or even possibly reviving extinct species.

For example, the HIV infection was one of the first diseases addressed using CRISPR. CRISPR can also be used to fight genetic blood disorders such as Sickle Cell Disease.

If you're thinking that CRISPR can be used to create genetically modified humans, think again. According to Merkhofer, virtually all scientists agree that it's not ethical to start using gene-editing technology on human embryos. 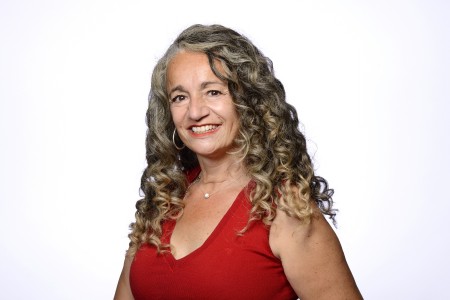 The article reveals the importance of finding teaching methods that can be utilized in the classroom to reduce the stigma of mental illness. According to Ferrari's research, the stigma toward mental illness prevents a large percentage of college students from seeking help.

In a previous publication, Ferrari researched the use of celebrity case material as a method in teaching abnormal psychology. She found that learning how celebrities seek help for their mental health issues reduced public stigma toward mental illness and help seeking. This new article adds to that research by also examining whether stigma reductions continue past initial results.

After collecting further data from college undergraduates enrolled in an abnormal psychology course, Ferrari found that using celebrities as narratives to teach about mental illness resulted in reduced public stigma toward mental illness and reduced stigma toward seeking help over a six-month time period.