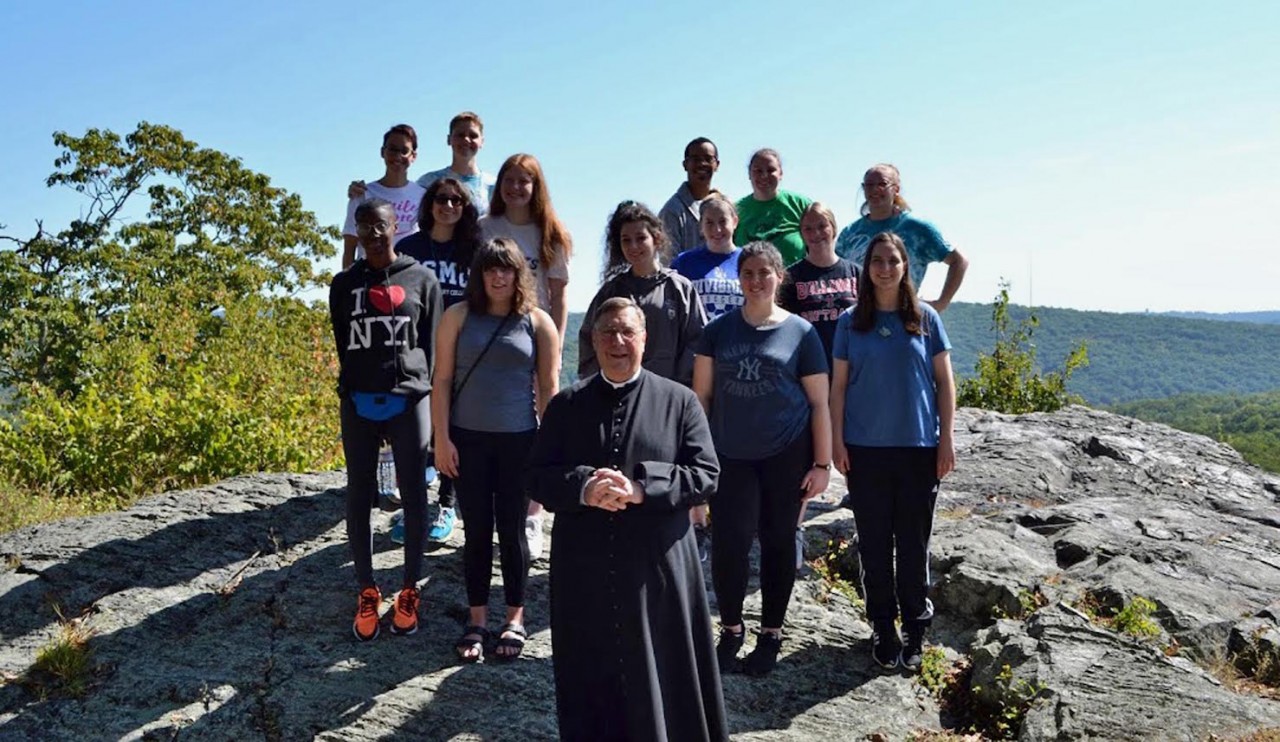 Participants engaged in numerous activities to bolster their ties to God and sense of community. “We talked a lot about faith, but we also focused a lot on building community and friendship,” said Melody Sarno, the assistant director of Campus Ministry.

According to Emily Fricano of Queens, N.Y., a student leader at the event, the retreat ran for three days. The first day, which sought to break the ice, featured group discussions and talks from student leaders. Subsequent days built on this with a number of engaging activities, such as a hike, Bible skits, and an outdoor Mass.

“I met amazing people,” said Fricano. One of the most impactful parts, she said was “a teaching Mass where we learned about what happens at the altar.”

Participants left with newfound knowledge and an increased sense of faith, they said.

“It deepened my faith by being there to support the others who were struggling or wanting to learn about [God],” Fricano explained. “As someone who’s struggled with faith myself, it gave me reassurance.”

Even Fr. Fluet had something to gain from the experience: “I always learn from the people that are going on the retreat in terms of their struggles and in terms of being there and available to them,” Fr. Fluet revealed. “You have an experience with God through others.”