It is with a heavy heart that I announce the passing of our own James Finn Cotter, who diligently served Mount Saint Mary College – and changed the lives of thousands of students – for nearly 60 years.

Jim was the longest-serving professor the college has ever known, beginning his tenure with us in 1963 and retiring at the start of the Fall 2020 semester. He wore many hats over decades, including teaching in or chairing three divisions. But Jim was best known as a professor of English with the Mount’s Division of Arts and Letters.

Jim’s search for truth was a lifelong passion, both in and out of the classroom. In addition to having enhanced the education of thousands of Mount students, he was a celebrated translator of Dante’sCommedia, a Fulbright-Hays lecturer, and a recipient of a National Endowment for the Humanities grant. Among a great many other publications, Jim authored Beginnings: the First Twenty-Five Years of Mount Saint Mary College and A New Life: Learning the Way of Omega.

James Finn Cotter’s legacy is truly part of the DNA of the college. We are so thankful to have had the honor of knowing this wonderful man and his memory will be cherished by all. May he rest in peace. 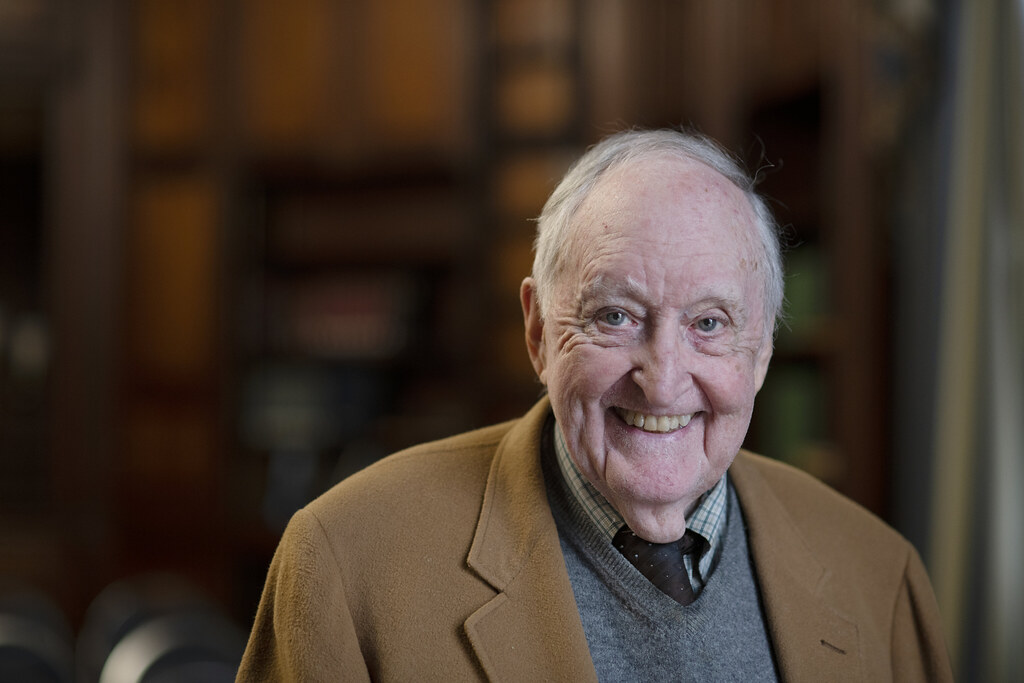 The college has established the Dr. James Finn Cotter Memorial Scholarship in his honor. The scholarship will be awarded to students with financial need that are pursuing a degree in English. To donate, visit msmc.edu/CotterScholarship

The next chapter: Cotter, Mount English professor, to retire after 57 years

Author, poet, and educator James Finn Cotter, the longest-serving professor at Mount Saint Mary College, will be retiring from teaching at the college on Friday, August 7, after 57 years of dedication and outstanding service. In recognition of his contributions…